Last year we reviewed the official Flickr for iPhone app. It was great to be able to access your flickr account in the palm of your hand but the app hasn’t seen much development or improvement over the last few months.

Following a call out via Twitter I am very pleased to have replaced the standard Flickr app with the brilliant FlickStackr. FlickStackr is stunning on the iPhone but it really has the edge on the iPad’s as the larger screen really makes the app one of the most enjoyable way to use flickr.

If you own both an iPad and an iPhone/iPod Touch the good news is FlickStackr is a single app compatible with both platforms, buy one and it works on both.

You can view your own photos, your sets, your favorites and your contacts and their photos and videos.

Suggesting the application transforms flickr might be considered a push but one of the best features for me is how easy it is to view photos by my contacts or via flickr explored.

Tap on a photo to see it full screen with the full screen photo browser letting you swipe through photos and zoom by pinching in both landscape and portrait modes.

FlickStackr features a great slideshow mode, hook your iPad up to your TV or VGA screen and you can wow your guests with your photo gallery. FlickStackr is a completely new way to interact with flickr.

The app is remarkably fast given it is dealing with a large amount of images by removing the need for paging while looking at large photosets. FlickStackr works automatically in the background with photos being cached locally for fast access.

FlickStackr allows you to edit every aspect of your photo, tags, exif and photo location viewing etc. but for me the best edit feature has to be the way FlickStackr handles Groups. 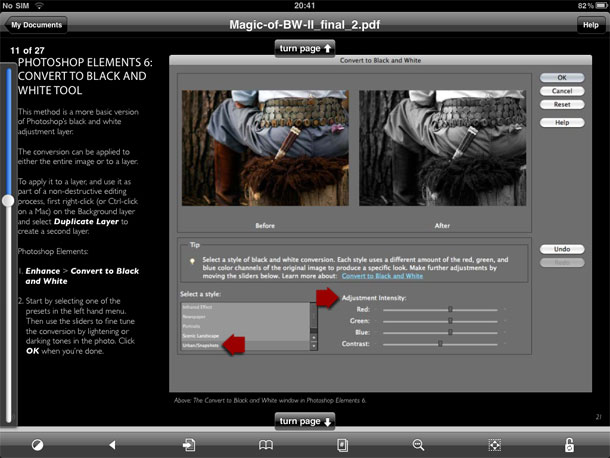 Tap on an image, tap edit and groups and FlickrStackr will display all the groups you are a member of, you literally tap each group to instantly add that photo.

A unique feature of the application is the ‘STACK’. The Stack lets you mark photos and sets from you or any other people. This stack is saved on your iPad, so that you can keep this list without having to publish it to flickr. Useful when you want to review photos later, or share them all via email.

FlickStackr also allows you to upload photos directly from your iPhone/iPad. Use the device’s photo library as source, the camera, the Camera Connection Kit, or using iTunes drag and drop, to get photos from your computer. At upload time you can specify : title, caption, tags, sets, groups, geo location, privacy and Exif and GPS information is maintained when uploading.

FlickStackr is the first flickr application I have seen that supports multiple flickr accounts. This is ideal for households sharing an iPad or for people with multiple identities online.

I love it. FlickStackr has not only given me a new way to access my own photos but also the work of my contacts. I often found I only really ever saw other’s work was when I was selfishly uploading my own.

With FlickStackr I find myself lifting my iPhone and viewing what has been going on that day, favouriting and commenting more. This is flickr as it should be ! If you are on flickr make sure you make contact with me here.