This was the advice given by my Mexican friends when I struggled with the correct Spanish pronunciation of the city’s name, Guadalajara!

However, once the semantic minefields have been negotiated, Guadalajara is pure delight! It is the second city of Mexico, blessed with an excellent climate all the year round. At a friendly altitude of 5,100 feet, it is a fascinating city of some 4.5 million souls. The citizen is proud of its business-friendly modernity but still retain a closeness to its ancient pre-Columbian roots.

In modern-day Guadalajara, people go about their business and families take the air in the many wide boulevards and plazas, the very picture of thriving commerce and quiet domesticity. But today’s tranquility in the city is deceptive.

About 450 years ago, it took the invading Spaniards four failed attempts, as many bloody battles and some 11 years to found this city in the teeth of some very determined opposition from the tribes that lived here.

When the Spaniards began their conquest and colonization of Mexico, they wanted to set up Guadalajara to represent the Spanish crown in the Eastern part of the country which they had named Nueva Galicia.

A group of Spaniards headed by Nuño de Guzmán came over to conquer and colonize. After four costly failures, finally, on February 14th, 1542, Antonio de Mendoza found a safe place in the Valley of Atemajac and established an armed settlement for Spain.

Charles I, King of Spain, gave Guadalajara the title of City, as well as its Coat of Arms. The city’s name too was imported from Spain in honor of de Guzmán’s home city of Guadalajara, near Madrid. Begun as a center of mining and agriculture, the city rapidly grew to become a large commercial center in Eastern Mexico. In 1560, the city was made the capital of Nueva Galicia.

After the War of Independence in 1810 that ended Spanish rule, the area’s name of Nueva Galicia was changed to Jalisco after a type of stone called “Jal” found in that area. Peace was still elusive in Guadalajara as the Cristero rebellion (1926-1929) against the State’s curbs on the Catholic Church, caused more blood to flow.

When man’s violence ended, nature took over in April 1992 when a four-hour long gas explosion killed over 200 and left over 15,000 homeless. Thus, the city has over four centuries of history full of battles and disasters and yet Guadalajara is a beautiful and peaceful city today which speaks volumes about the indomitable spirit and resilience of its citizen!

The City Ancient and Modern

A blend of old-world charm and modern efficiency, Guadalajara has something for everybody. Large, modern shopping plazas are right next door to iron works and mechanics’ shops. Elegant homes are close to walk-up apartments. University and college campuses, restaurants and bistros are spread throughout residential and business neighborhoods. No one is out of place, and all are welcome! 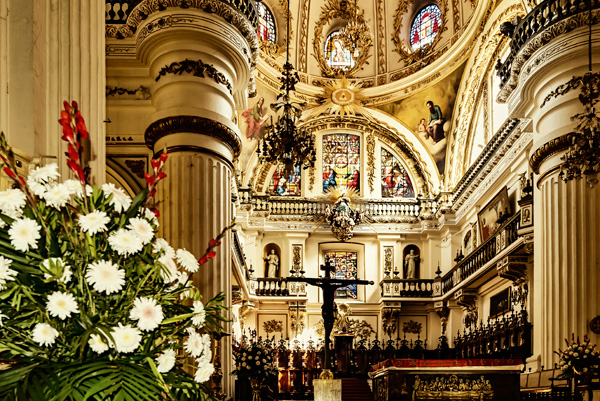 The landmark of the city is the Cathedral of the Assumption of Our Lady or simply Guadalajara Cathedral, built in the Spanish Renaissance style complete with two Neo-Gothic bell towers. Today the Cathedral is regarded as a minor Basilica.
Four plazas form the core of the city center, laid out in the form of a cross with the Cathedral in the center. These are the Plaza Guadalajara, Plaza Liberation, the Rotunda of Famous Men and the Plaza Armas.

Also, there are many parks, markets, and museums. On any given day there will be several neighborhood “tianguis” or open-air street markets throughout the city where street vendors peddle everything from tacos to telephone cards.

“Tapatío” (and the feminine “Tapatia”) is a Mexican Spanish colloquial term for someone from Guadalajara. It is also used as an adjective for anything associated with Guadalajara. Tapatios usually have mixed Spanish and native blood, fair skin and brown hair and eyes. The word originally comes from the Early Mexican word “tapatiotl” a coin from pre-Columbian times, referring perhaps to the commercial acumen of the citizen.

Guadalajara is the birthplace of some of Mexico’s best-known cultural exports such as Tequila, Mariachi music, cowboys called “Charros” who hold rodeos called “Charreria” in the city. The trademark Mexican headgear called “Sombrero” that goes so well with the poncho is also claimed to have been invented by a Guadalajara cowboy!

Known as the “Silicon Valley of Mexico,” Guadalajara is home to several high-tech firms manufacturing facilities including Hewlett-Packard, Sanmina, and others. Guadalajara has also been described as the “Florence of Mexico” by art aficionados because of its wealth of wall murals and sculptures spread all over the city. Not surprising then that proud Tapatíos will tell you that just about everything good about Mexico comes from Guadalajara!

A City of Myth and Legend

An altar in the Cathedral of Guadalajara is dedicated to Our Lady of Zapopan, the official religious patron saint of the city. Those less religious prefer the 20-foot statue of Minerva, standing guard near the old gate to the city. They believe that it is this ancient Greek Goddess who bestows wisdom and love of the arts to the citizen under her care. 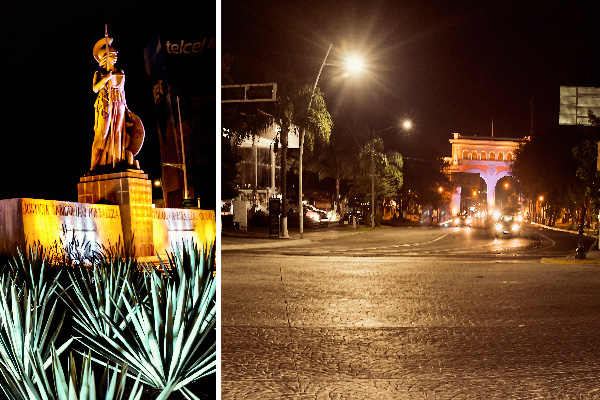 Considering the city’s centuries of bloody strife and the Mexican’s belief that the spirits of their ancestors live on and even visit the living on the Day of the Dead, it is not surprising that the graveyard, the Panteon de Belens is reputed to house many restless spirits such as the Monk with the crucifix who inexplicably gets included in wedding photographs.

Then there is the giant tree in the graveyard that grows out of what is believed to be a vampire’s grave. Legend has it that if the tree dies, the vampire will return to stalk the citizens!

So, should you be tempted, like so many Mexican citizens, to visit this graveyard on November 2, the Day of the Dead, do make sure that you have a garland of garlic around your neck and a sturdy wooden stake in your pocket to impale this Mexican Dracula through the heart! Buena suerte and adios!

–
By Jayant Neogy – I am a student of travel photography, still searching for the perfect shot of the perfect scene!