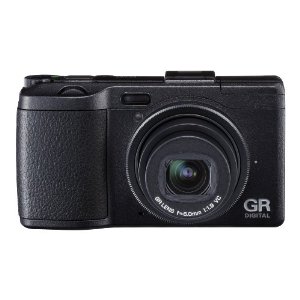 Ricoh have released a function-enhancing firmware update for its GR DIGITAL III, a high-image-quality compact digital camera launched in August 2009. Ricoh’s function-enhancing firmware updates are developed in response to opinions and requests received from a large number of customers via surveys submitted at customer registration time and other channels.

These updates enable customers who already own a GR DIGITAL III to update their firmware to include the latest functions, thus making it possible for them to enhance the performance and usability of their cameras by adding new function and setting possibilities.

Successor model to the GR DIGITAL II, which went on sale in November 2007, the GR DIGITAL III features an F1.9 large-aperture lens and achieves high image quality in a compact body.
The function-enhancing firmware and instructions for using these functions can be downloaded free of charge from the Ricoh website.

1. Addition of “high contrast B&W”
Shoot black and white photos with higher than normal contrast. This makes it possible to create images with a grainy feel such as that created by using ultra-high-sensitivity film in a film camera or by push processing film at the development stage.

2. Addition of “cross process”
Shoot photos with colors that differ markedly from those in normal photographs in a way that resembles the film photo technique of “cross processing.” You can choose a color scheme (basic, magenta, or yellow) and also adjust the vignetting and contrast.

4. Addition of “My Setting delete” function
You can delete the My Settings registered for the mode dial and My Setting Box.

5. Addition of “key custom setting initialization” function
The customized settings for the Fn button, ADJ. lever, and other functions contained on the key custom settings tab can be initialized (set back to their initial values).
Note: The settings defined in “My Setting registration” are not initialized.