Photography started off for me as a hobby in my teens with an Olympus OM-10 SLR, a truly basic camera bereft of all the multiple bells and whistles that adorn even an entry level, modern DSLR by comparison. Still, it seemed sophisticated to me at the time, even though all I could do was adjust the aperture (via a ring on the lens) and the ASA speed. I quickly realized that I needed full manual control if I wanted to be truly creative, and fitted a manual adapter to the front of the camera that allowed me to change the shutter speed in addition to the aperture.


In contrast with the ‘auto-everything’ capabilities of modern DSLRs, I needed to – and did – develop a thorough understanding of how to get decent exposures with the aperture-shutter speed-ASA triangle. Which is a grounding every budding photographer needs, I feel, if he or she wants to fully understand how to create great pictures. Initially, photographers such as Bill Brandt and Henri Cartier-Bresson inspired me and I worked exclusively in black and white, as that was the only format I was able to print in with the dark-room facilities available to me at school. Mostly I was self taught, though I did do a photography module in art school and was encouraged by the tutor who described me as the mostly talented ‘art photographer’ they’d had at the college in years. 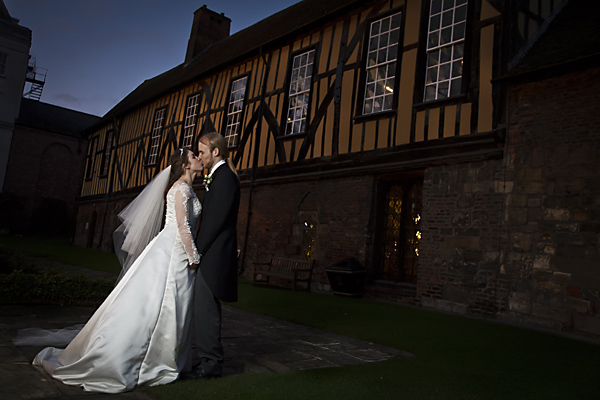 However, I decided not to pursue a career in photography at that time and for various reasons went over twenty years without picking up a camera. Then in my early forties, a friend lent me his digital SLR – another Olympus as it happened – and I found myself completely hooked all over again. I was initially skeptical of digital, but found that the quality had gone up and the price come down sufficiently to make it viable for me to enter into this fast evolving new world of photography. I bought the best camera I could afford at the time, a Canon 450D and was on my way. Like many I suppose, when it came to making money from my hobby, I turned to the only real way to do so in your community, which is the uber competitive arena of wedding photography. I saw my sisters’ wedding photographs and was bemused at what looked like little more than competent snap-shots. There had to be a better way of doing it, and on discovering the work of Joe Buissink and Jeff Ascough, I found that there certainly was, and I set about emulating those great photographers.

As far as equipment goes, I use Canon ‘prosumer’ bodies – a 50D and 60D and typically on a wedding I will use these coupled with a Canon 17-55mm F2.8 IS and a Sigma 70-200mm F2.8 OS. These are very high quality lenses that cover a wide range of focal lengths, giving me both the overview and the intimacy. Occasionally, if the light is very poor or for the portrait shoot of the bride and groom, I will use a Canon f1.8 85mm prime lens. I’d say 95% of my post-production work is done in Lightroom with trips to Photoshop only necessary if there’s some particularly complex cloning to be done.