I knew photography was for me from the very beginning. My grandmother carried a 110 camera in her purse like a Russian spy. It was alluring. I wanted it. I got it. That camera was shit but it allowed me to capture moments – seconds – fractions of seconds, really – that I felt were worthy of capturing on film. This was the beginning. There would be no turning back, although, I would take breaks in my photographic career. From 2006 until 2011 I’d write. Poetry. It was not good. I would publish some of it and I would get some attention for my work but I would never be a poet. A poet I’m not. In 2011 I would take up the camera again, in a serious way. But not in a studio or not with a Nikon D whatever, no that would no be for me. I’m a simply photographer. I use compact cameras. 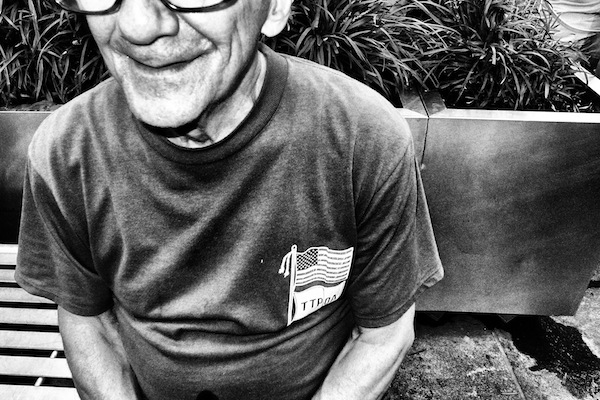 Now, I use the Rioch GR series exclusively. With that small discreet machine I would hit the streets and hunt my shots. Covertly, one by one, I would steal images of people in their everyday habitat. Whether on the streets of Manhattan or the beaches of Coney Island, I moved in close, very close, and took- stole- those photographs. I’d be close enough that my subjects would smell my camera but yet have no interaction with them. I’ve yet to speak to a subject of one of my photographs. I’m not there to talk. I’m not there to make friends. I’m there to get the shot. In and out in a second is the secret to my madness. Framing and focusing and all things technical are secondary. I need the image. If there is blur that’s not a problem, sometimes it’s a gift. Many people make pretty and perfect photographs. I’m not one of them. Many people shoot for the face, not me. I could care less about the face. You’re a stranger. I want your elbow, I want your feet, your fat ankles or your hairy back. I want to capture your deformed ear or bulging crotch. I’m looking for your unique feature and, most often, that’s not your face. 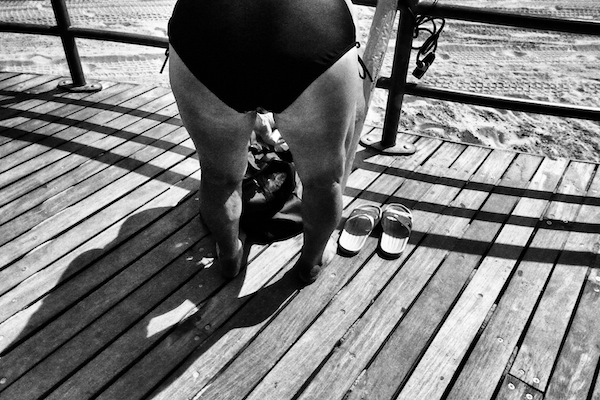 In the end, I would produce images known for their closeness, their abstraction and their haphazard composition. I have the ass for Gilden’s faces, I’ve got the elbows for Klein’s wide-angle melting pot. Gilden, Kelin, Moriyama and Cohen would all influence my work, profoundly, but I would not imitate them. I don’t copy. I My aspiration as a photographer is to add to their conversation. To finish their sentences and steal their thunder. I might not succeed but I will sure as hell make it my life to give it a shot. Anything less is unworthy, anything more – fucking delusion.