Not a day has gone by that I haven’t been positive about my passion for the visual arts. I always enjoyed taking pictures, but initially was too intimated by the mechanics of photography to pursue it in college.

I attended the State University of New York at Fredonia with the intention of majoring in graphic design. After my first taste of some courses in the program, I discovered that graphic design was not the concentration for me. With a bit of encouragement, I decided to give photography a try and quickly fell in love with the medium. 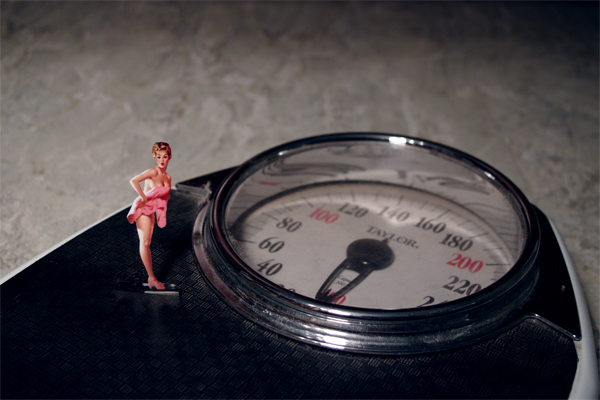 Once I declared my BFA in Photography, I was able to learn about a wide variety of techniques. I developed a deep understanding and appreciation for the medium, including how our traditional techniques and aesthetics could work harmoniously with the digital world. This opened my eyes to all sorts of possibilities. Photography doesn’t just stop at the point and click of the camera like many of my peers believed.

Photography became another medium in which I could communicate what is important to me. Common themes that I find myself going back to are primarily based around gender roles/expectations, memory, the photograph as truth, and the interaction/relationship between people. I see photography as a way of documenting “truth” and becoming the voice for what may be difficult to put into words.

My initial inspiration for my photographic works were drawn from established photographers such as Alison Brady, Rinko Kawauchi, Duane Michaels and Keith Carter, who I had the pleasure to meet Spring of 2011. As I immersed myself deeper into my own art making, I pulled inspiration by the many talented artists that I was fortunate enough to interact with. There is nothing more rewarding for me than to be able to work amongst some of my very talented friends. This experience allowed me to brainstorm, troubleshoot, and even collaborate.

My most current work is primarily about the expectations of women’s role in today’s society. I use my art to educate those about the inequalities that still exist between the genders. What is traditionally women’s work often goes unrecognized and is taken for granted. The strong women around me perpetually inspire me when I see the countless hours of work that they put in day after day. 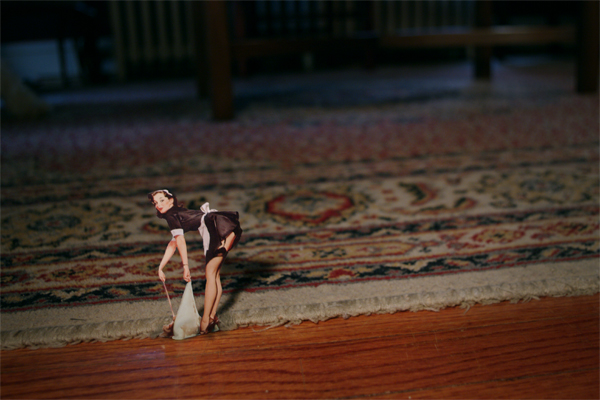 “Sexy Little Thing” addresses the overwhelming obsession with sexuality, beauty, and “perfection”. The outrageous expectation of being dolled up all the time creates an unhealthy addiction to achieving perfection, thus causing women to feel uncomfortable in their own bodies. The imagery of the pin-up is typically directly related to men’s objectification of the female body, however women are not exempt from self-objectification. My appropriation of the traditional 1940’s pin-up is meant to strip the original over-sexualized image of its “ideal” qualities and replace them with a more satirical perspective.