As with any specialty, live music photography has its own demands which call for specialist equipment. The problem with the internet, is that hang around long enough, and you’ll have it in your head that in order to shoot live music you need Nikon’s newest, best, full frame camera and a lens that costs as much as your car. Did you know, people were taking photos of concerts even before people had digital cameras?

So, bearing that in mind, here are a few pieces of equipment you’re going to want.

That’s right, no messing about. You need a camera. More specifically, you need a camera that can spot meter. One that has easy controls so you can adjust settings easily. Bearing that in mind, your best bet is usually an SLR, because they tend to have those things, whereas many other cameras don’t.It doesn’t matter whether it’s digital or film, Nikon or Canon, full frame or crop sensor.All that matters is you can meter properly, and you are able to adjust the settings.

If money is no object, then I would always go full frame digital. Digital because sometimes you want to take more shots than a roll of film will allow, and send them to people in a limited time frame. Full frame, because generally speaking, you’ll have less noise at higher ISOs.Plus full frame cameras are usually the higher end cameras, which will give you more dynamic range. 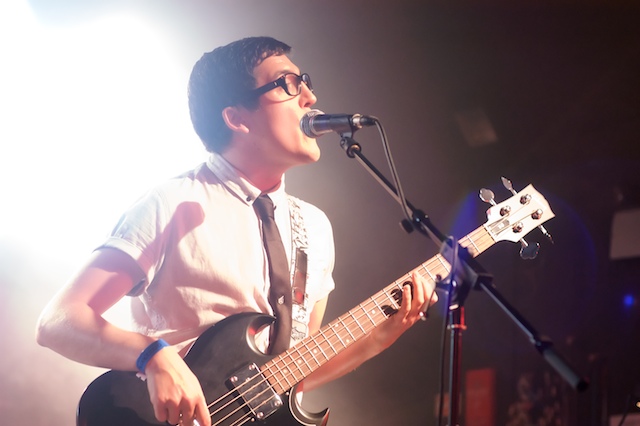 If the only thing wrong with your photos is they’re a bit noisy, then it might be worth an upgrade, but believe me when I say that it will be a long time before that’s the only thing holding you back.

If you don’t know what a “fast” lens is, then here’s a quick guide. a fast lens, is a lens that opens up wide to let as much light in as possible, which allows a faster shutter speed. So in a dark room, trust me when I say you want a fast lens.The lower the f number on the lens, the faster it is. Usually you’ll find fast zooms rated at f2.8, and primes at around f1.8 or f1.4. 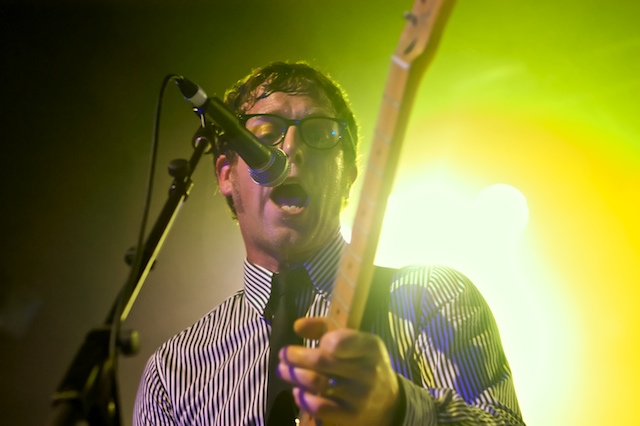 If you don’t have any fast lenses yet, why not try out the 50mm f1.8? You can get them pretty cheap, and they are incredible lenses for the money. As a bonus, it’s also a great lens for almost everything else too, it’s even OK for portraits if you’re on a crop sensor.

Personally I think of this as the most important piece of equipment in my bag. It comes out long before the camera, and goes back in long after the camera. It also doesn’t have to be expensive. Personally I use a pair of Etymotic Research defenders (ER 20s), which you’ll find pretty cheap, but you can get cheaper too. 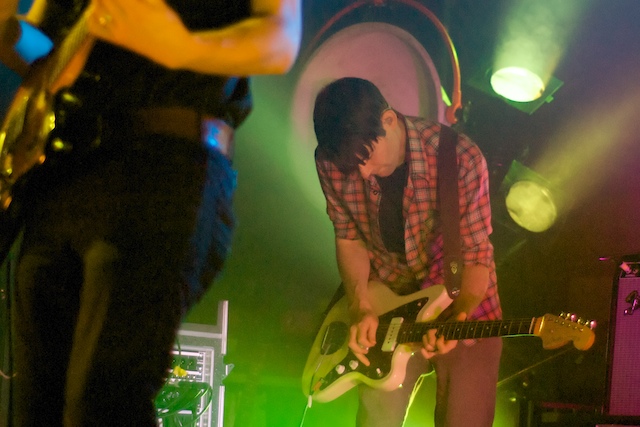 Have you ever walked out of a concert with your ears ringing?

That’s called tinnitus, and it’s a sign of permanent hearing damage. The only way to prevent it is to bring the noise levels down to something safe before it hits your ear drums. The easiest way to do it, without upsetting all the fans by turning off all the equipment, is to just put some ear plugs in. 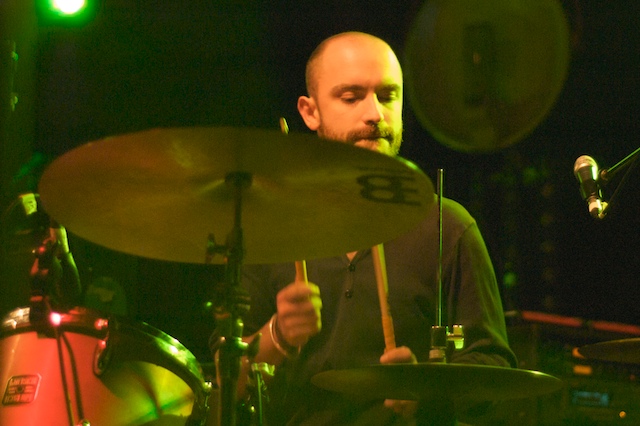 So there you have it. If you’ve got a SLR camera, a fast lens like the nifty fifty, and something to protect your ears, then you’ve got what you need to get out there shooting shows.Once you’re there I’m sure you’ll find other things you want, like a better strap, spare batteries, extra memory cards, different length lenses, a better camera, and almost anything else that Gear Aquisition Syndrome notices.

Remember though, that while those things are very nice, they’re not essential to making good pictures. Practice on the other hand, is.

The photos on this post were taken using the 50mm f1.8 lens, mounted on a second hand Nikon D100.   A camera so old a replacement is due for the replacement that replaced the replacement.  The camera and lens together cost just £250 (about $400 US), which I think proves you don’t need to spend absurd amounts of money on the best equipment.  Now get out there and give it a go!

Chris Blizzard is a music photographer, check out his full profile and work here.